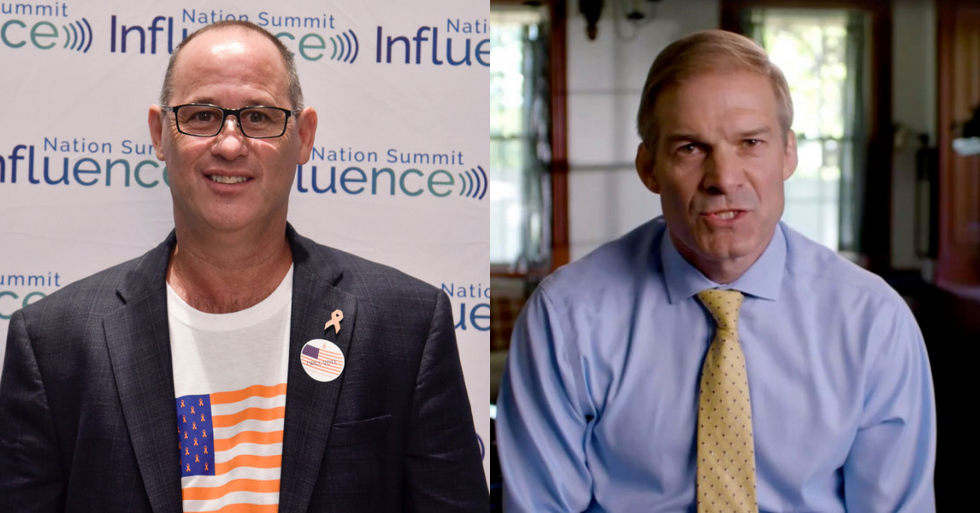 Gun control activist Fred Guttenberg, whose 14-year-old daughter Jaime was killed during the Stoneman Douglas High School shooting in Parkland, Florida in 2018, lashed out at Ohio Republican Representative Jim Jordan for claiming “Your 401k misses President Trump,” a suggestion the economy was in much better shape when former President Donald Trump was in office.

Jordan’s tweet soon attracted the attention of Guttenberg, who criticized Jordan for being one of the “ignorant a**holes” in Congress who “refuse to address gun violence.”

Guttenberg also noted his 401k is “still higher today then [sic] it was on the last day” Trump was in office and urged Jordan to “do something worthwhile or shut up.”

Actually, I miss my daughter who was murdered because ignorant assholes like you refuse to address gun violence @Jim_Jordan. As for my 401k, still higher today then it was on the last day of the other guy. Instead of Soviet inspired tweets, do something worthwhile or shut up.https://twitter.com/Jim_Jordan/status/1523663206996410369\u00a0\u2026

Guttenberg has proven to be one of the fiercest gun control advocates in the country since the Stoneman Douglas High School shooting, which claimed the lives of 16 others in addition to his daughter.

He is a staunch critic of the National Rifle Association (NRA) and has traveled to Washington numerous times to advocate for gun control measures, most notably when he spoke at a Senate hearing about taking steps to prevent further violence.

Many have praised Guttenberg for speaking out and echoed his criticisms of Jordan.

We\u2019ll said! Thank you for your continued activism despite your heartbreaking loss.

Jordan has previously been taken to task for similar claims about the Trump presidency that do not hold up under scrutiny.

Earlier this year, for instance, he was criticized after he asked his followers if they remembered “how cheap gas was” when Trump was in office.

Trump and prominent Republicans have blamed President Biden for spiking gas prices, an issue that continues to be touched upon in daily press briefings. The implication, of course, is that gas prices remained low during the Trump administration but that is not necessarily true.

In recent months, for example, Trump has repeatedly exaggerated the size of the price increase, telling stories on Fox News in which the price of gas when he left office is off by “more than 50 cents per gallon,” according to one fact check.

According to price data collected by the federal Energy Information Administration, the national average price of a gallon of gasoline for the week of Jan. 18, 2021, the week Trump left office, was $2.38, which is 28 percent higher than Trump has previously claimed.