Norwegian just announced it would halt all cruises through June. See when major cruise lines plan on operating again.

Major cruise lines such as MSC Cruises have already begun sailings in Europe.

Many major US cruise line will not be setting sail around the country until, at the earliest, May.
The Centers for Disease Control and Prevention still recommends avoiding cruise trips during the pandemic.
These are the updated 2021 sailing plans for cruise lines like Royal Caribbean, Carnival, and Disney Cruises.
Visit Business Insider's homepage for more stories.

Bad news for any eager cruisegoers: cruise lines are continuing to extend cruising suspensions into 2021 as the COVID-19 pandemic continues.

The cruising industry initially saw a quiet period after the Centers for Disease Control and Prevention posted and extended its no-sail order as the coronavirus pandemic began surging in 2020. But after months of waiting, in October, the CDC replaced its mandatory sailing pause with a "framework for Conditional Sailing Order," a list of rigorous requirements needed for cruise lines to continue operating again.

Despite this order, and the impending debut of several cruise ships over the next few years, the return of cruising still remains in limbo. Presently, no major US cruises will be setting sail until May at the earliest, but many cruise lines are still continuing to push back their sail dates.

Read more: COVID-19 has created a once-in-a-lifetime crisis for Carnival and Royal Caribbean, but after surviving hijackings and shipwrecks, the industry looks unsinkable 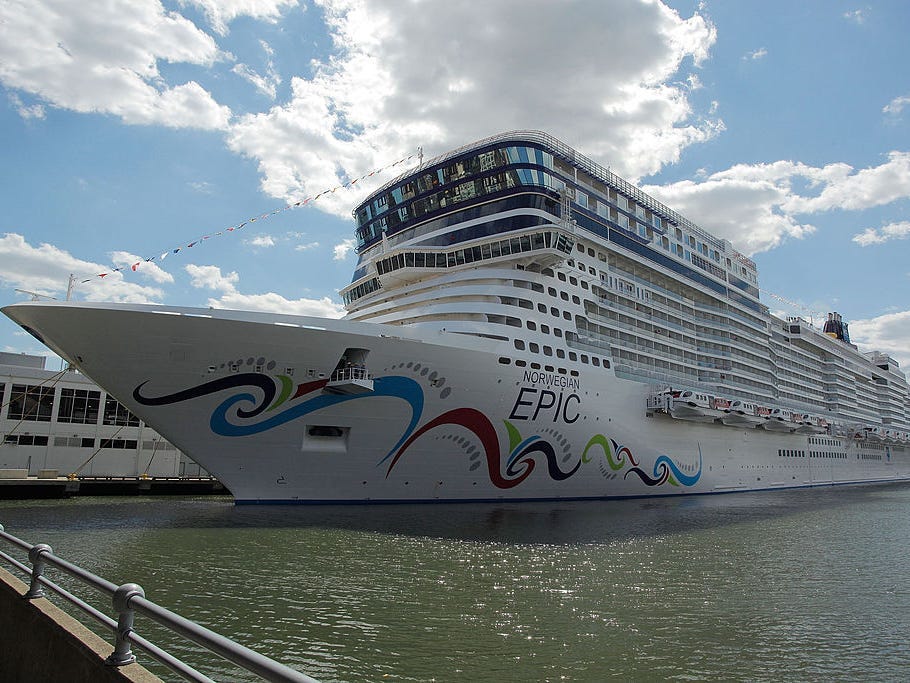 On a suspended sailings update on December 29, 2020, Norwegian hit the pause button on all of its cruises that were set to sail through March. However, on January 19, the cruise line pushed this sail date back one month through April.

Almost a month later, Norwegian canceled all of its cruises through May. But on March 16, the cruise line announced it would be suspending all trips through June 30, including cruises on its Oceania and Regent Seven Seas lines. 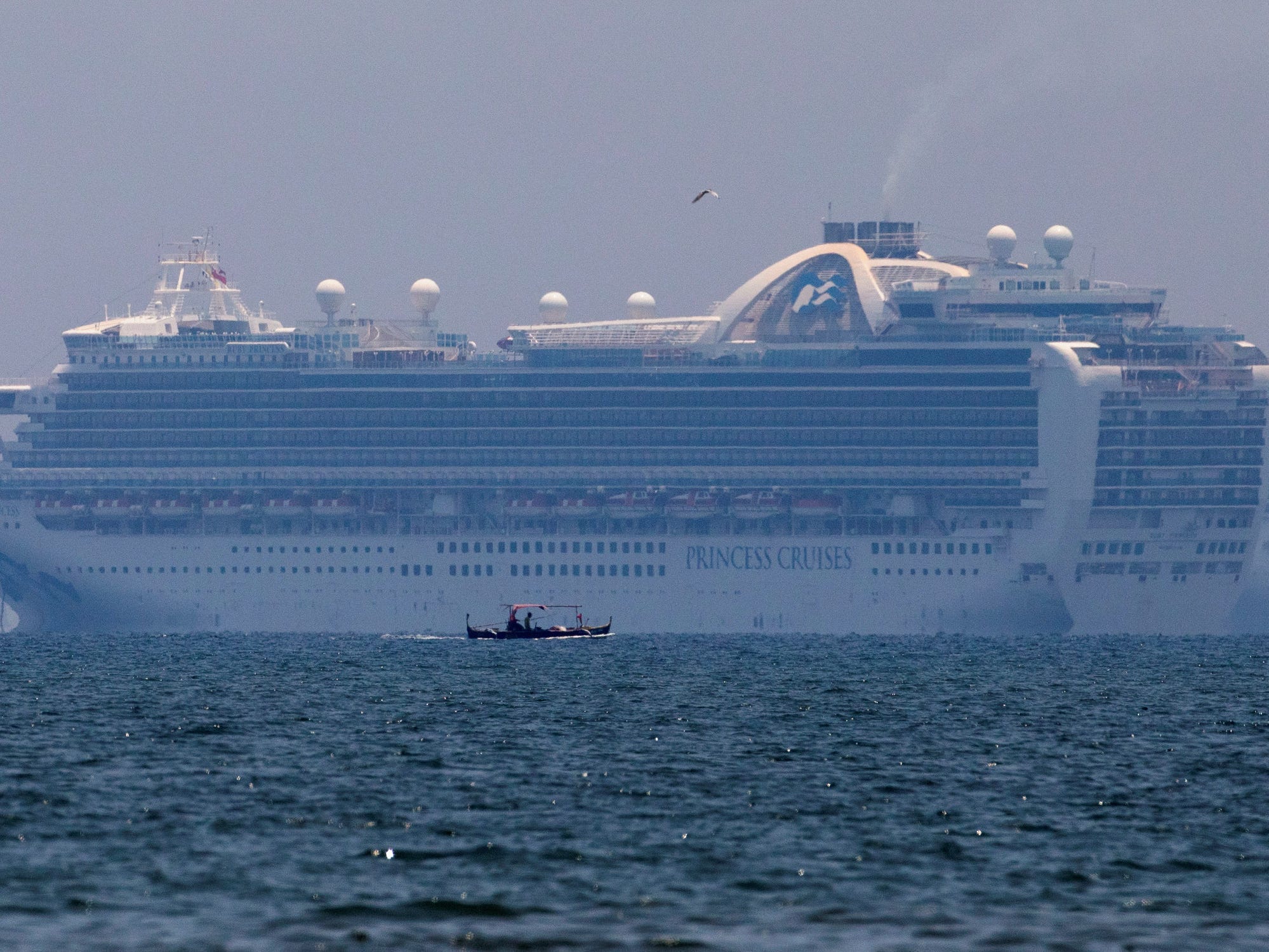 Princess Cruises originally paused its trips through March, according to a notice posted on November 20, 2020, but announced on January 6 that it would be extending this pause through May 14.

The cruise line had also paused all sailings through November 1 that were set to be longer than seven days going to and from US ports, and any trips sailing to and from Japan through June 25, according to the November notice.

"We continue to prepare our ships for our return to service and we are eager to see our guests back on board to create summertime memories," Jan Swartz, Princess Cruises' president, said in a statement.

However, on March 9, the cruise line again updated its suspensions list with different timelines for different cruises. For example, cruises from Los Angeles, Fort Lauderdale, and Rome have been halted through the end of June, while European cruises originally set to sail to and from Southhampton, England have been paused through September 25. You can view the updated sailing timelines on Princess Cruises' website.

When the cruise line resumes sailing, several ships – including the Diamond Princess and the Grand Princess – will have Princess' MedallionClass Experience. This "experience" includes new health protocols and contactless features. 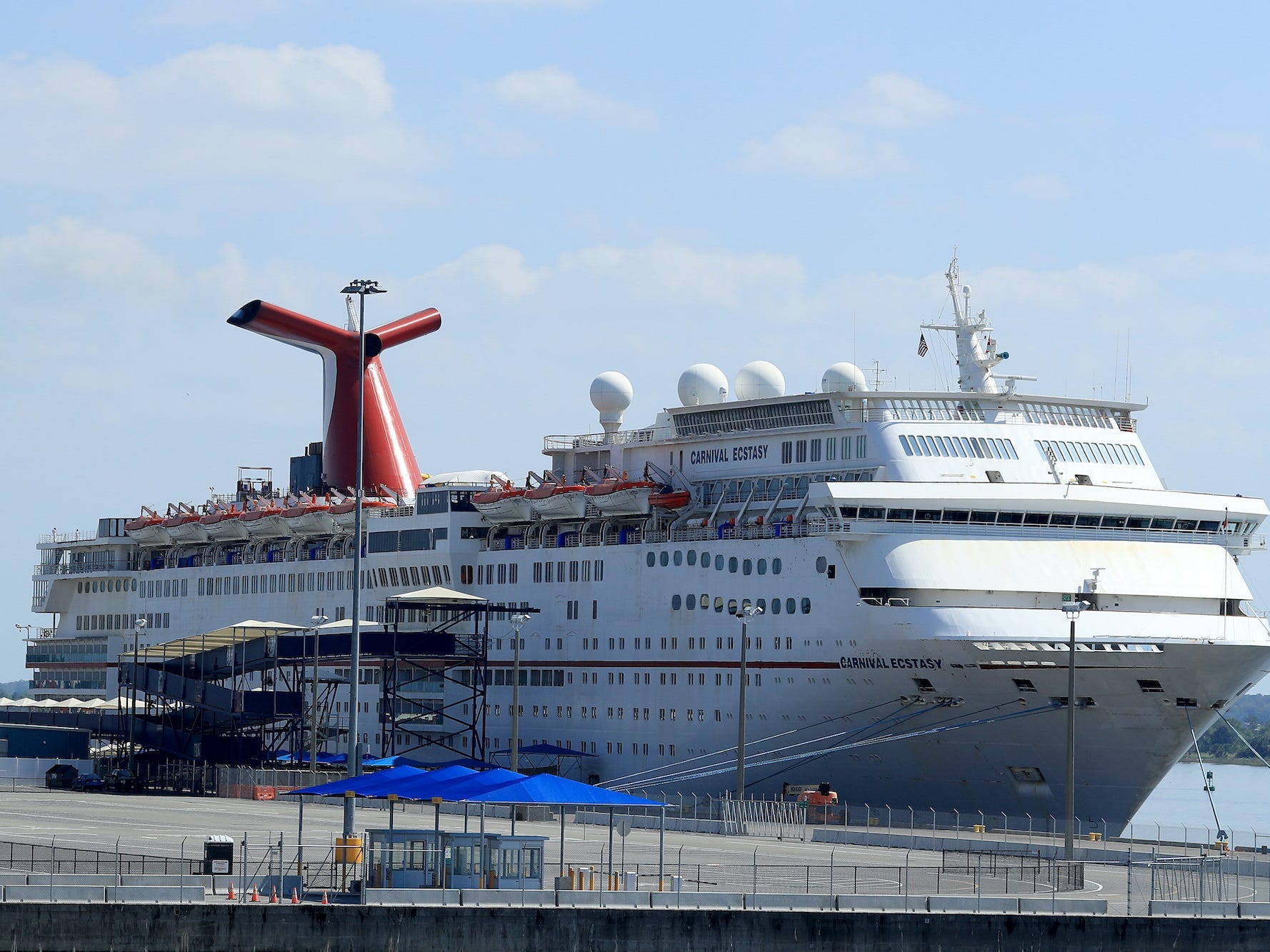 Carnival Cruise Line's Carnival Ecstasy cruise ship is docked at the Port of Jacksonville amid the coronavirus outbreak on March 27, 2020 in Jacksonville, Florida.

A full list of suspended sailing dates per ship is available on Carnival's website. In a January 6 news release, Carnival cruises announced it would resume sailing after March 31 with several ships remaining docked even further into the future.

"We are sorry to disappoint our guests, as we can see from our booking activity that there is clearly a pent-up demand for cruising on Carnival," Christine Duffy, president of Carnival Cruise Line, said in a statement on the news release.

However, 16 days later, Carnival updated this statement and hit the pause button on all trips through April 30. On February 24, the cruise line pushed its no-sail timeline even further back through May.

According to a press release posted on December 9, 2020, Carnival has set up dry docks for the Carnival Magic, Carnival Paradise, and Carnival Valor, therefore halting any of the ships' embarkments through September 24, May 31, and September 11, respectively. However, on January 25, Carnival announced its plans to suspend these three ships even further until November.

The January 25 release also included announcements related to several other ships and trips. One notable sailing freeze in the update includes trips out of San Diego. Seasonal service trips and planned sailings through April 2023 out of San Diego have now been suspended, and seven of these sailings to Hawaii have been moved to Long Beach, California instead.

Read more: Carnival's CEO told employees in an internal video that 'a new sense of optimism' in the cruising industry will let him end their 20% pay cuts

The upcoming inaugural Mardi Gras trip was also pushed back as a result of the coronavirus pandemic. 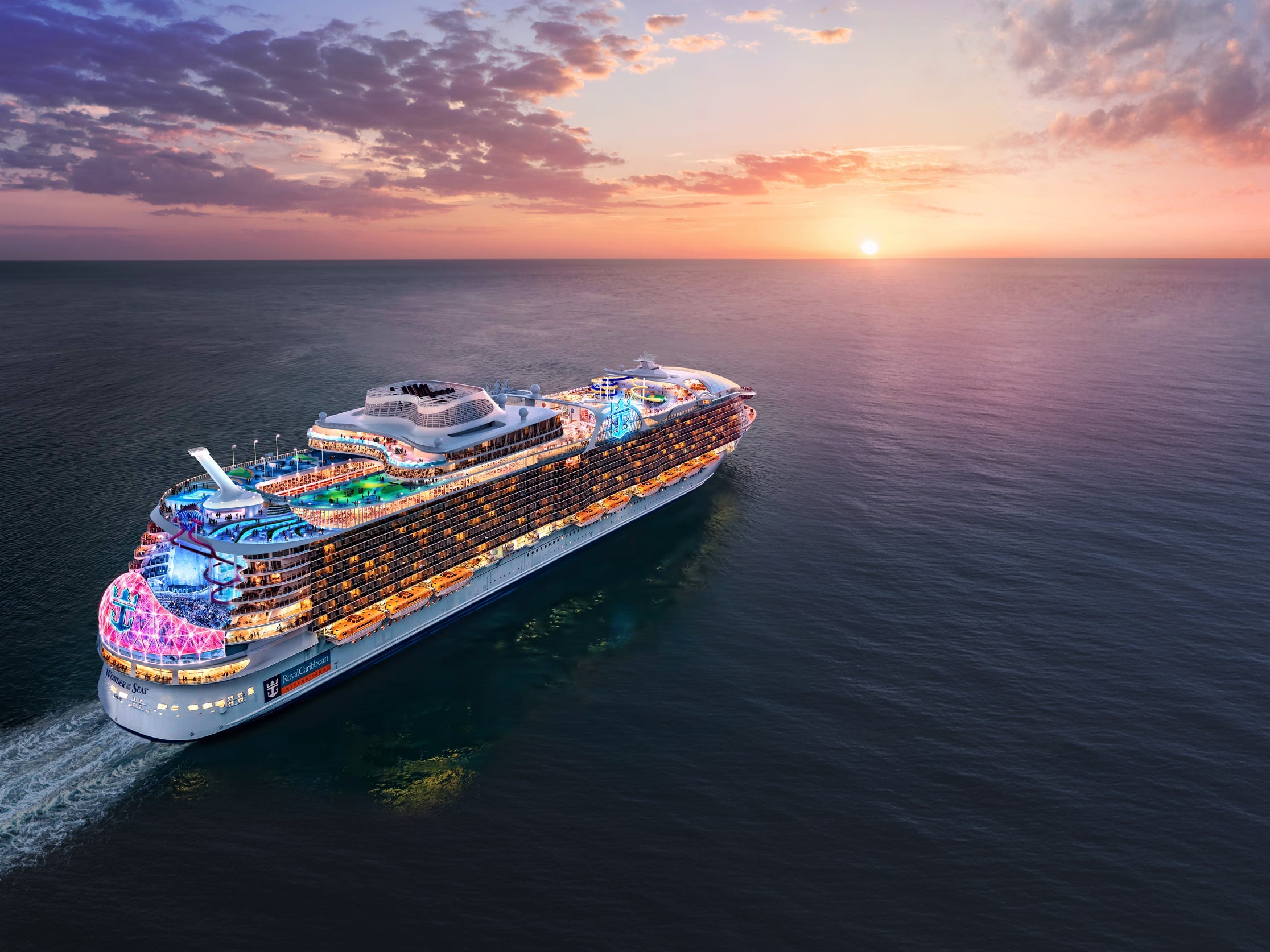 The Wonder of the Seas.

Royal Caribbean originally suspended its cruise trips through February 28, according to a December 17 update. However, on January 12, the cruise line pushed its no-sail date back even further through April 30. The only exceptions to this are its Quantum of the Seas ship in Singapore and Spectrum of the Seas ship in China.

Royal Caribbean's Celebrity Cruises line also halted any trips originally planned through April 30, according to an update on January 12. Several other Celebrity Cruises sailings were paused even further through October.

Read more: Carnival and Royal Caribbean salaries revealed: From $32,000 to $383,000, here's how much the cruise industry's power players pay some of their employees

On January 13, Royal Caribbean's Silversea Cruises released an updated list of sailing dates with the first trip embarking on April 1. However, the soonest sail date was later pushed back to May 1, according to a January 21 update.

Now, Royal Caribbean sailings will be put on hold through May 31, excluding its Quantum of the Seas and Odyssey of the Seas ships.

Quantum of the Seas' Alaska trips from April 5 to October 14 have instead been put on hold "in order to allow additional time for our preparation," the cruise line announced. Meanwhile, Odyssey of the Seas' Rome sailings from May 9 to October 28 have also been suspended. The new ship will instead set sail from Israel from June to October for Israeli residents only.

Royal Caribbean's Spectrum of the Seas and Voyager of the Seas sailings in China beginning the end of April through May are also exempt from this pause.

Celebrity and Silversea's cruises have also been suspended through May 31, while Azamara's has been pushed back through June 30. 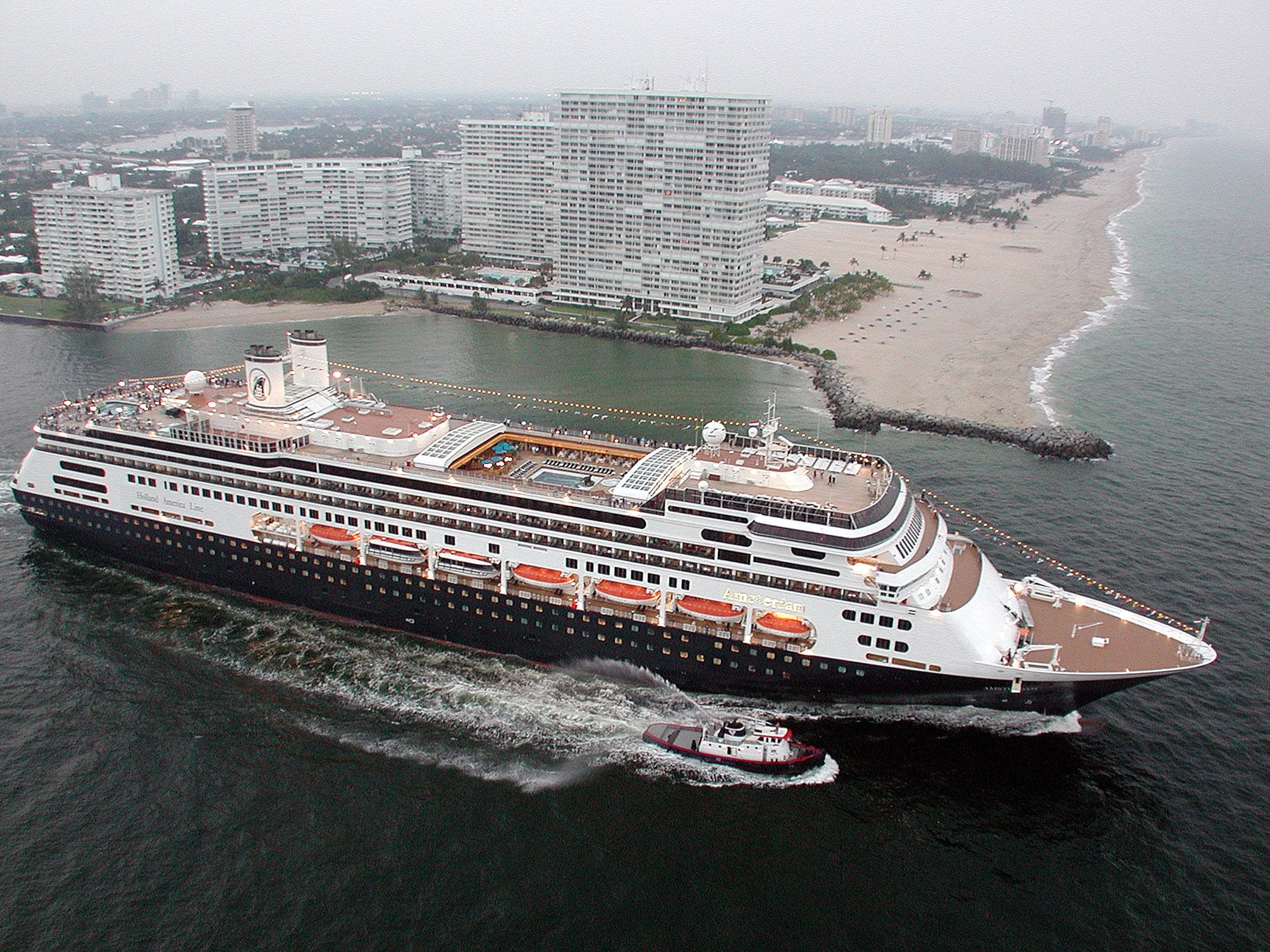 Holland America originally paused all cruise trips through April 30, according to an update on January 6. All trips departing or arriving in Canada this year were also been canceled.

On March 9, the cruise line updated this no-sail order and extended it through June 30. 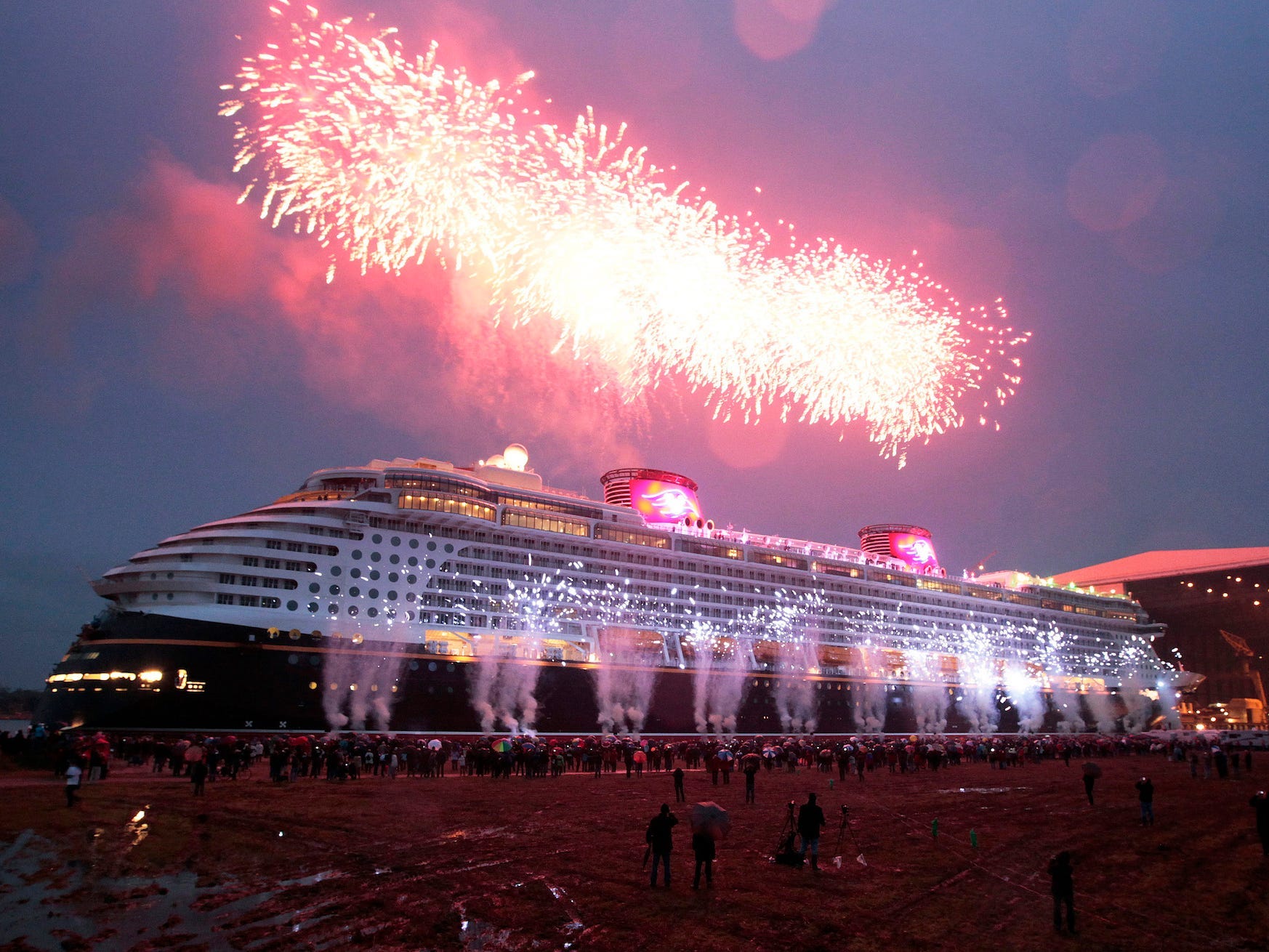 Disney Cruises halted all trips through February 28, according to a travel updated posted on December 11, 2020. Cruises longer than seven nights have been suspended even further. One month later on January 12, Disney Cruises extended its no-sail date through March.

On January 27, Disney Cruises pushed this sailing freeze timeline through April, and then again through May in a February 24 announcement. All Disney Magic sailings in Europe through August 10 were also canceled due to the "likelihood of international borders remaining closed for an extended period of time."

Like other cruise lines, Disney is "evaluating various options" for its Disney Wonder Alaska cruises with dockings in Canada. 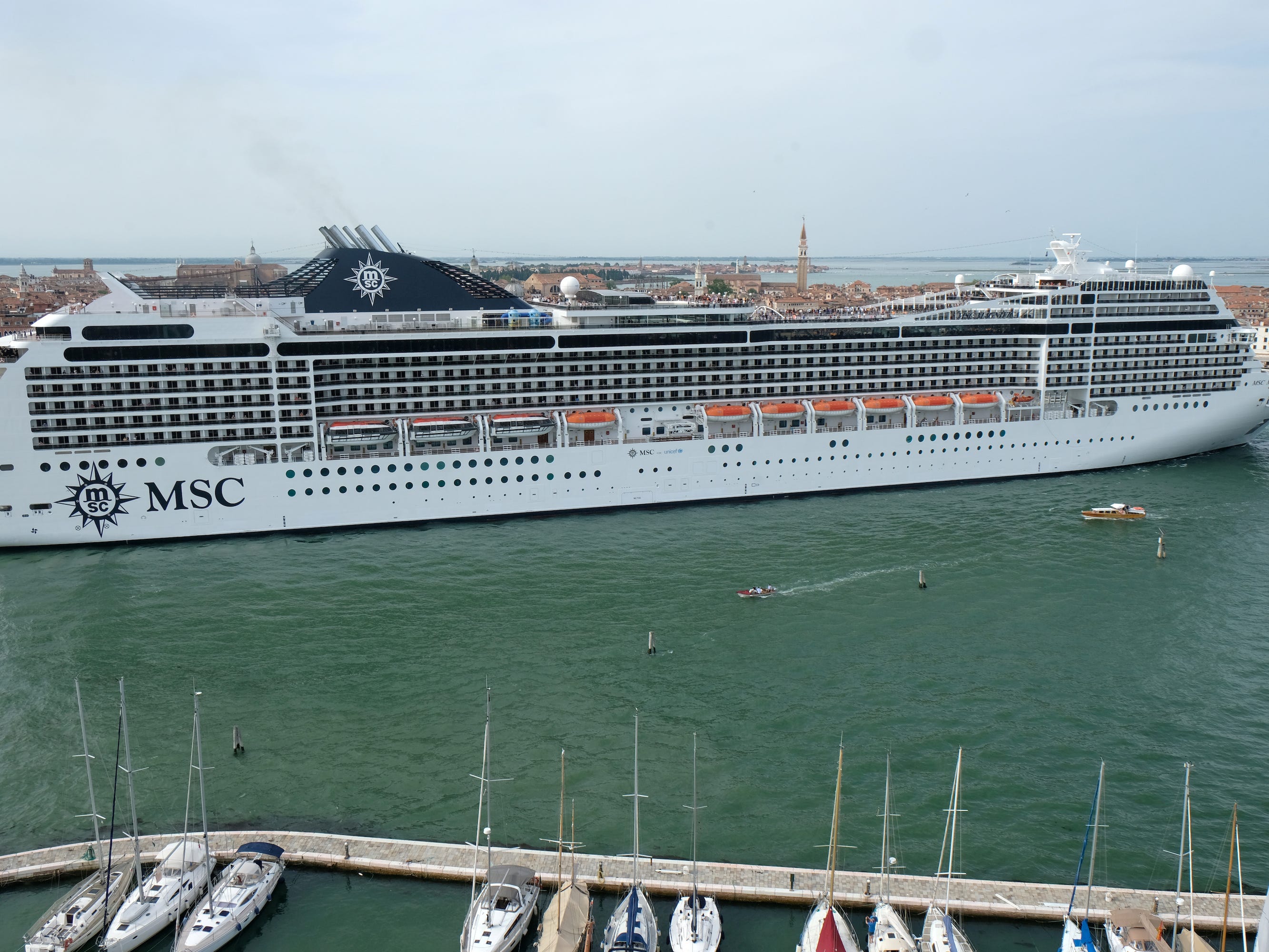 MSC released a list of cancellation dates per cruise ship, and the sail dates vary from the end of January to November. Trips on the MSC Armonia, for example, have been canceled through March 31, while the MSC Bellissima won't have any passengers through November 22.

Ships like the MSC Fantasia won't hit the seas until April 4. 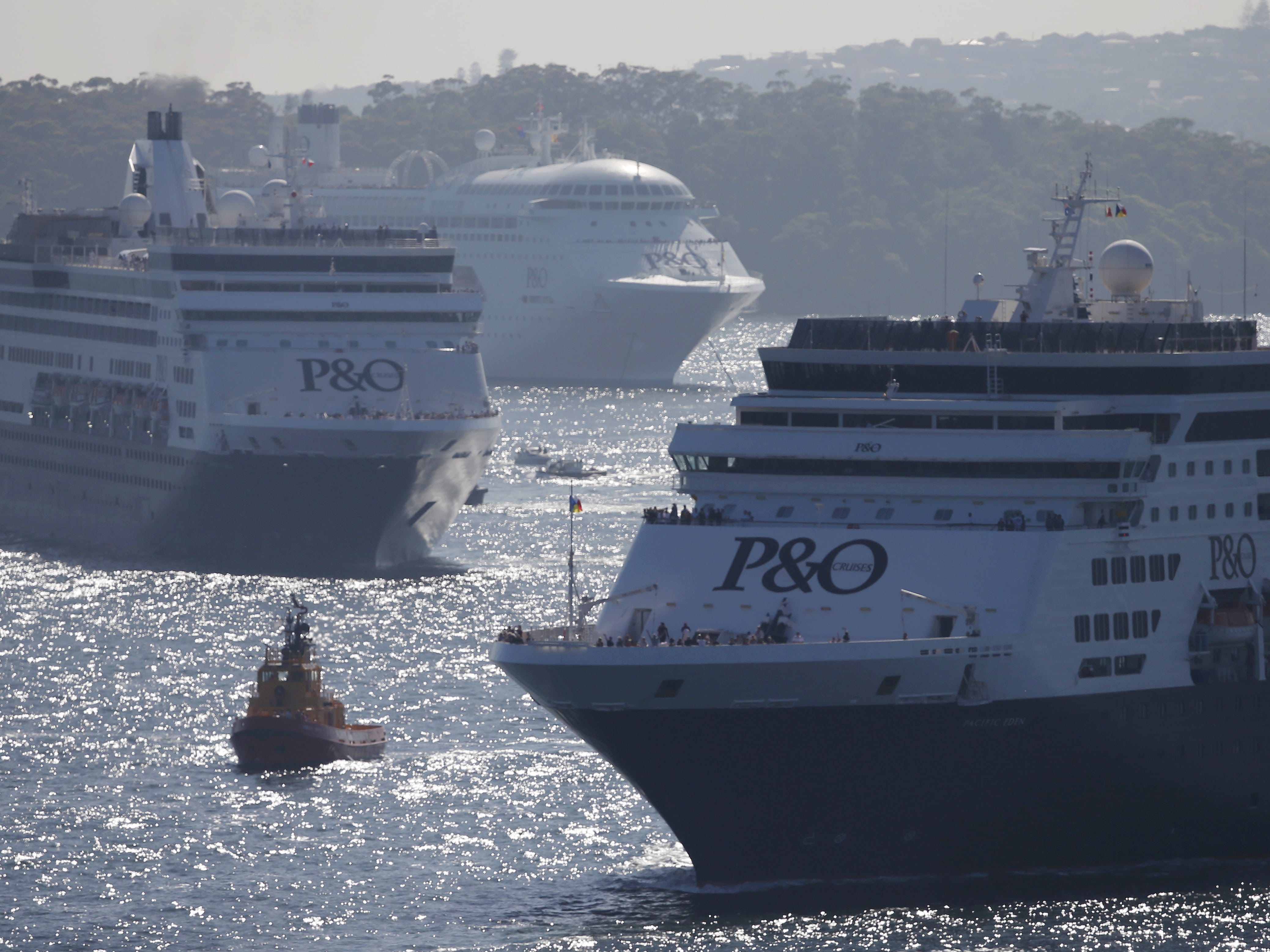 P&O previously announced it halted all trips through April. Now, trips on P&O's Arcadia, Aurora, Azura, and Ventura ships have been paused through August, while its Britannia and Iona ship sailings have been put on hold through September.