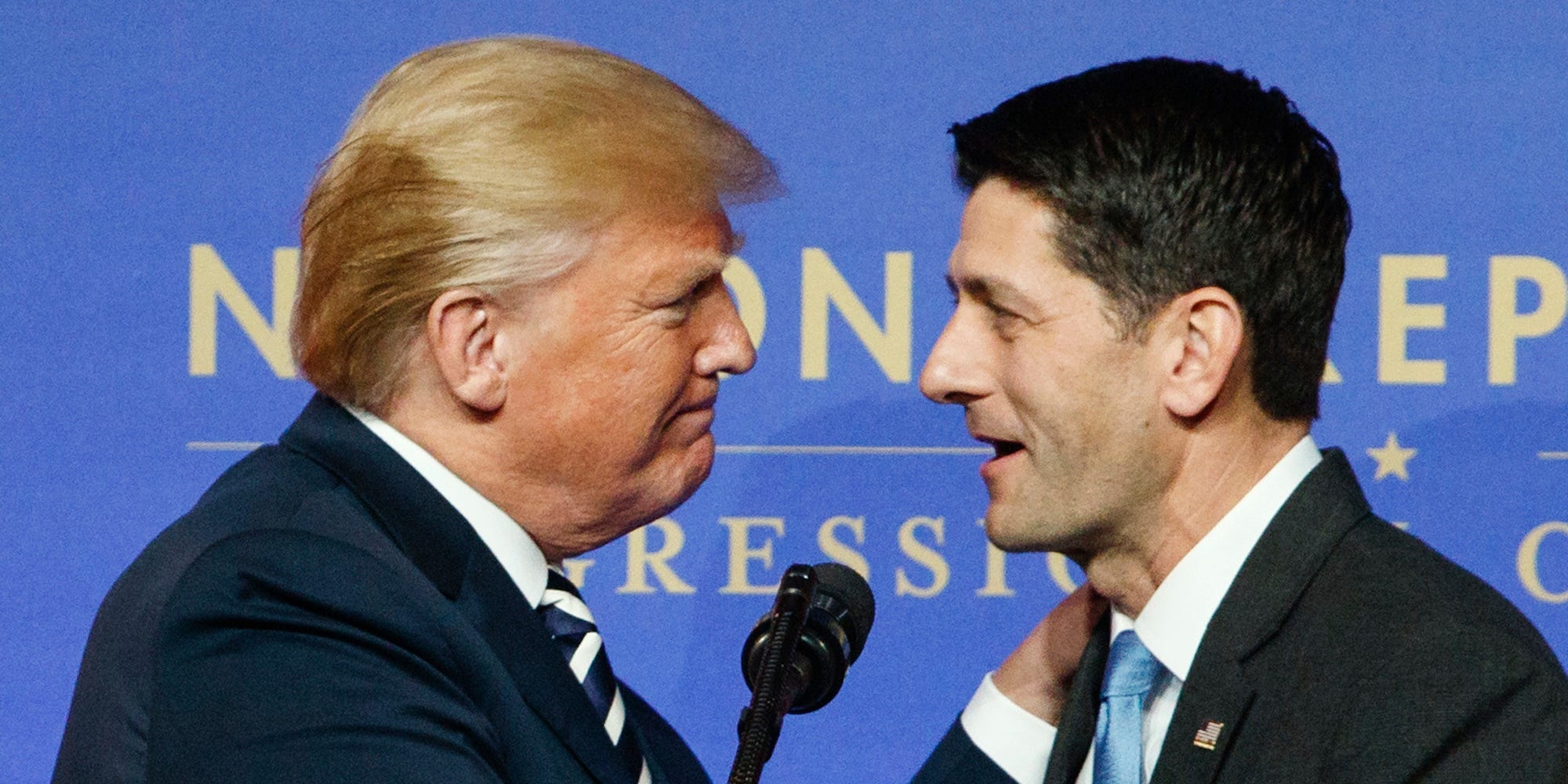 Former House Speaker Paul Ryan, a Republican who represented Wisconsin in Congress from 1999 to 2019, spoke out against members of his own party attempting to object to the certification of the Electoral College vote.
About a dozen GOP senators have said publicly they plan to reject the certification of December’s Electoral College vote, and some House Republicans are expected to do the same.
Some other Republicans, like Maryland Gov. Larry Hogan and Sens. Susan Collins and Mitt Romney, have also spoken out against the lawmaker’s plan.
Visit Business Insider’s homepage for more stories.

Former Rep. Paul Ryan, a Republican and the former speaker of the US House of Representatives, on Sunday spoke out against members of his own party who have hatched a plan to object to the certification of the Electoral College’s December vote that re-affirmed Trump’s November loss.

“All our basic rights and freedoms flow from a fidelity to the Constitution and the rule of law,” Ryan, who represented Wisconsin in the House from 1999 until 2019, said in a statement. “This principle is not only fundamentally American but a central tenet of conservatism. Under our system, voters determine the president, and this self-governance cannot sustain itself if the whims of Congress replace the will of the people. I urge members to consider the precedent that it would set.”

Read more: Secret Service experts are speculating in group chats about how Trump might be hauled out of the White House if he won’t budge on Inauguration Day

“Efforts to reject the votes of the Electoral College and sow doubt about Joe Biden’s victory strike at the foundation of our republic,” Ryan continued. “It is difficult to conceive of a more anti-democratic and anti-conservative act than a federal intervention to overturn the results of state-certified elections and disenfranchise millions of Americans.”

Ryan announced his retirement from the House of Representatives in 2018. He served as speaker of the House from 2015 until his exit from Congress in 2019.

Since his loss to President-elect Joe Biden in November, Trump and his allies have refused to accept Biden’s win, instead alleging widespread voter fraud without providing evidence to back up the claim, lobbing pressure on officials in some states where Trump lost and filing dozens of unsuccessful lawsuits.

“The Trump campaign had ample opportunity to challenge election results, and those efforts failed from lack of evidence. The legal process was exhausted, and the results were decisively confirmed,” Ryan said Sunday.

The former House speaker also noted that the Department of Justice had also said it had not “seen fraud on a scale that could have effected a different outcome in the election,” as the president has alleged.

Some Republicans like Maryland Gov. Larry Hogan have also spoken out against the effort. A group of 10 bipartisan senators, including Republican Sens. Susan Collins of Maine, Lisa Murkowski of Alaska, Bill Cassidy of Louisiana, and Mitt Romney of Utah, lawmakers to “move forward.”

“If states wish to reform their processes for future elections, that is their prerogative. But Joe Biden’s victory is entirely legitimate,” Ryan concluded.

While the lawmakers’ objections will force a vote by the House and Senate, it is extremely unlikely to have any impact on the outcome of the election. Biden won 306 Electoral College votes compared to Trump’s 232. A candidate must receive at least 270 votes to win the presidency.