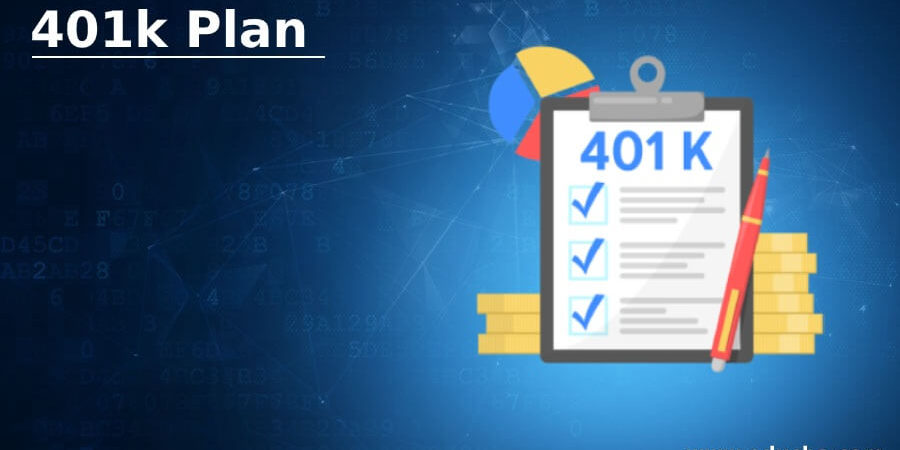 The term 401k plan refers to a type of employer-sponsored retirement plan that allows the employees to set aside a certain portion of their salary for making long-term investments. To fund the investments, contributions are also made by the employer subject to a certain limit. The amounts contributed to the plan are used for providing retirement benefits to the employees.

An important feature of a 401k plan is that the amounts contributed to the plan are tax-deferred, which means that they are eligible for tax benefit and not charged to tax unless withdrawn in the future. The amounts can’t be withdrawn by the employee until the age of retirement and if anyone wants to make an early withdrawal, they will have to incur a penalty @ 10% of the amounts withdrawn.

Following are some distinguishing features of a 401k plan:

Employer and Employee Contributions: The contributions are made to the plan by the employees as a certain portion of the salary subject to annual limits. The employers also match the contributions to a certain extent. Tax Deferrals: The contributions made to the plan are not subjected to tax and rather they are taxed only when the same is withdrawn upon retirement. Withdrawal Restrictions: The participating employee is not allowed to withdraw the funds before attaining a certain age. Early withdrawals lead to levy of penalties. Investment Options: The plan allows the participating employees to choose from a number of investment options for making long-term investments. How Does It Work?

The employees need to make contributions to the plan by way of deduction from their monthly salaries. The amount is deducted as a certain percentage of the salary subject to annual limits prescribed by the IRS. The contributions are also made by the employer periodically to the plan either by the same amount or by less amount. The employees are free to decide amongst the investment options offered by the plan and take decisions on their investments. The returns earned on the plan are added to the plan itself and can be utilized for making further investments.

Let us take an example wherein the employer starts a plan in which the employees are required to contribute 8% of their salaries to the plan and a matching contribution is to be made by the employer. The amounts are to be invested by the employees in the investment options provided by the plan. This can be said to be a 401k plan.

An employee is allowed to participate in a 401k plan provided the following two conditions are met:

Age Requirement: An employee must have attained the age of 21 years to be eligible to participate in the plan. Service Requirement: An employee must have completed at least one year of service to participate in the plan. However, in the case of a traditional 401k plan, this period might be two years if the benefits are to vest 100% after a maximum period of two 401k Plan Companies

Here is the list of some companies providing services in respect of 401k plans.

Some of the advantages are:

Pre-Tax Contributions: The contributions are made on a pre-tax basis and the same is deferred for taxation purposes. The amounts are taxed only when they are withdrawn later. Employer Participation: Employers also making contributions to the plan for the retirement benefits of the employees subject to IRS limits. The employer might or might not match the entire employee contribution. Transparency: Employers, being the plan sponsors, are required to disclose certain relevant information about the plan from time to time, and hence the plans are transparent. Emergency Withdrawals: If any employee wants to withdraw funds in an emergency situation, then the employee can do so by incurring a certain amount of penalty even before attaining the prescribed retirement age of 59.5. Disadvantages of a 401k Plan

Some of the disadvantages are:

Penalty on Early Withdrawals: One needs to pay a penalty at the rate of 10% if they want to withdraw the funds before attaining the age of 59.5 years. Compulsory Withdrawals: An employee is required to compulsorily withdraw all the funds lying in the plan after reaching the age of 70 years. Limited Investment Choices: Although the plan allows the employees to invest in various options the options themselves are very limited. Conclusion

401k plans are a good option for retirement plans since the tax benefits help the employees to defer the tax liability. The amounts are only taxed at the retirement age when they are withdrawn. Usually, people have lower taxable income at such age and thus pay tax at a lower slab rate at such time.

This is a guide to 401k Plan. Here we also discuss the definition and how does 401k plan work? along with advantages and disadvantages. You may also have a look at the following articles to learn more –